The fun is back, oh yessiree, with the ATARI Scratch campaign to promote Colorado Lottery’s $5 ATARI Scratch ticket series. The tickets featured art from Asteroids, Breakout, Centipede and Missile Command. As part of the campaign, a :30 spot paid homage to an ATARI 2600 commercial from the ‘80s with an awkwardly catchy soundtrack rap-jingle that proclaims, “The fun is back!” This integrated campaign also included pre-roll, paid social and digital, point of sale and a custom Tumblr page that celebrated the 80s. 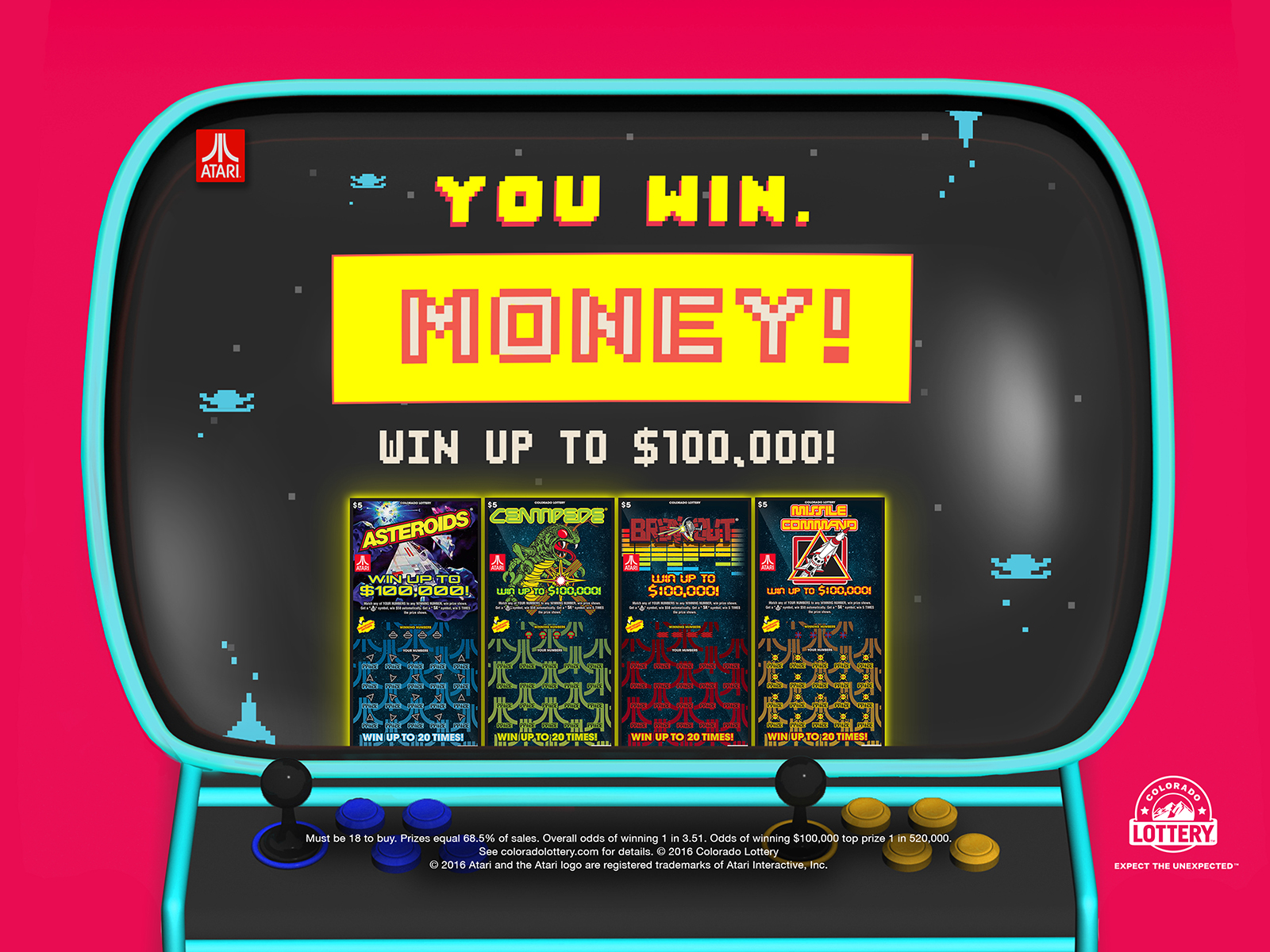 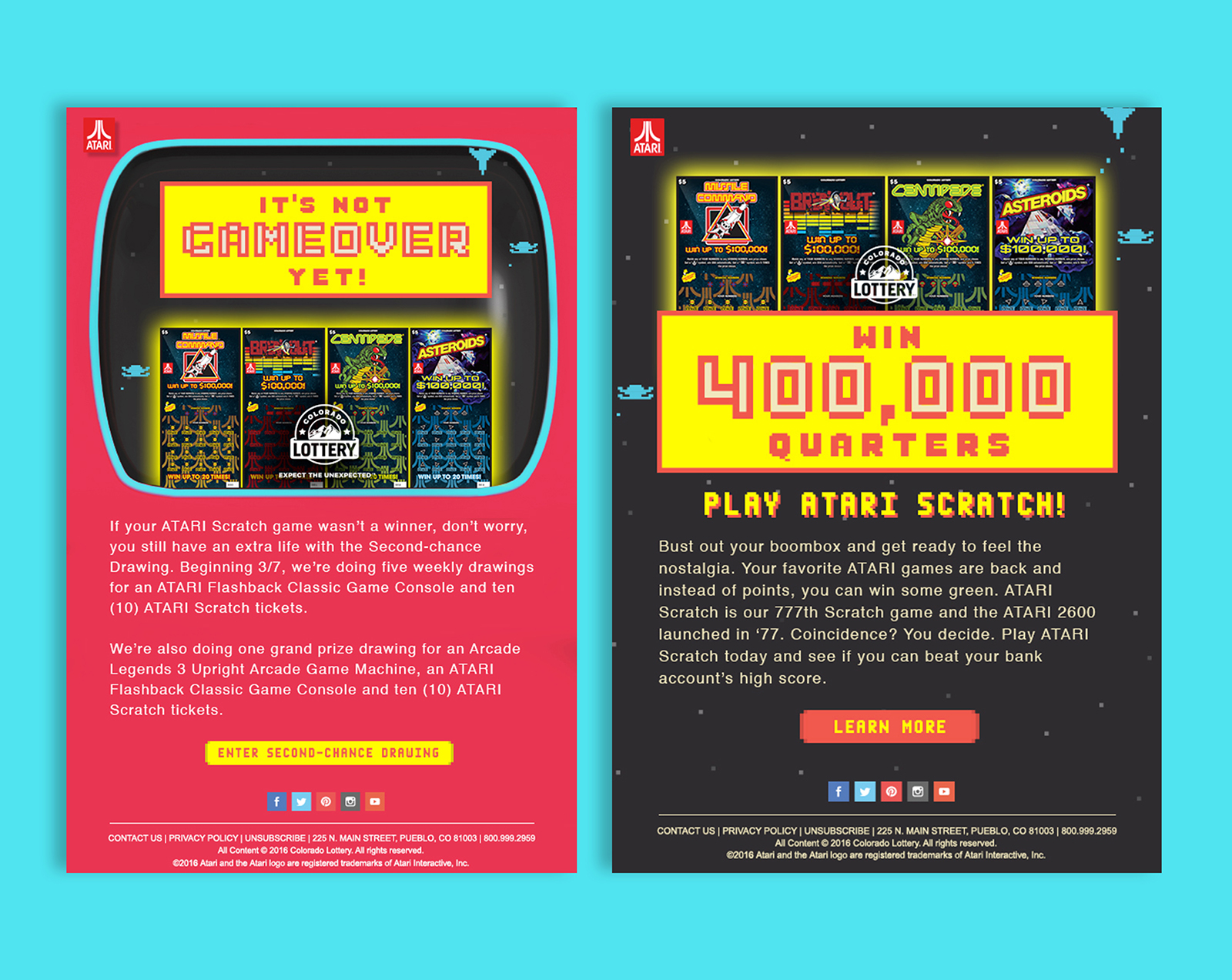 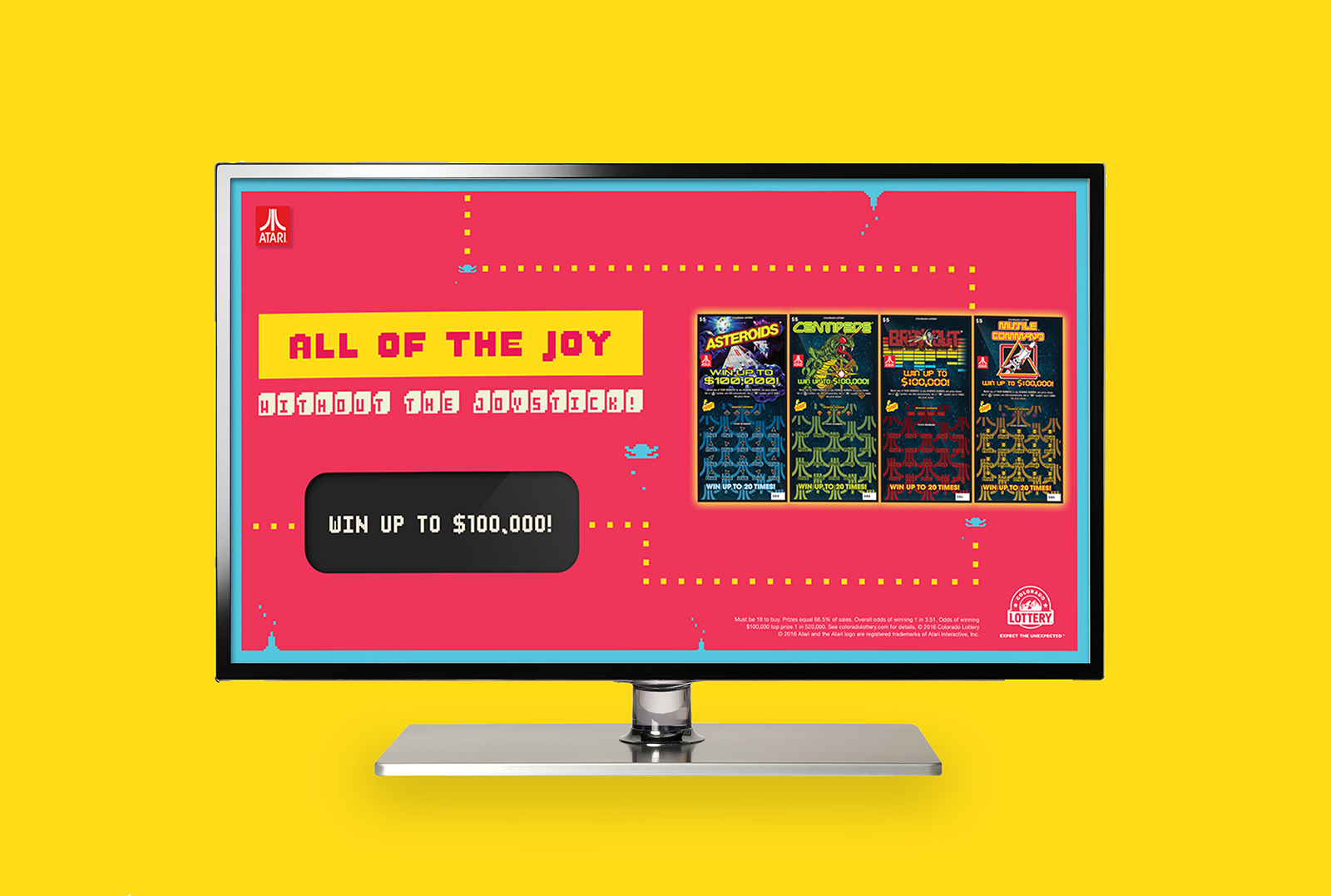 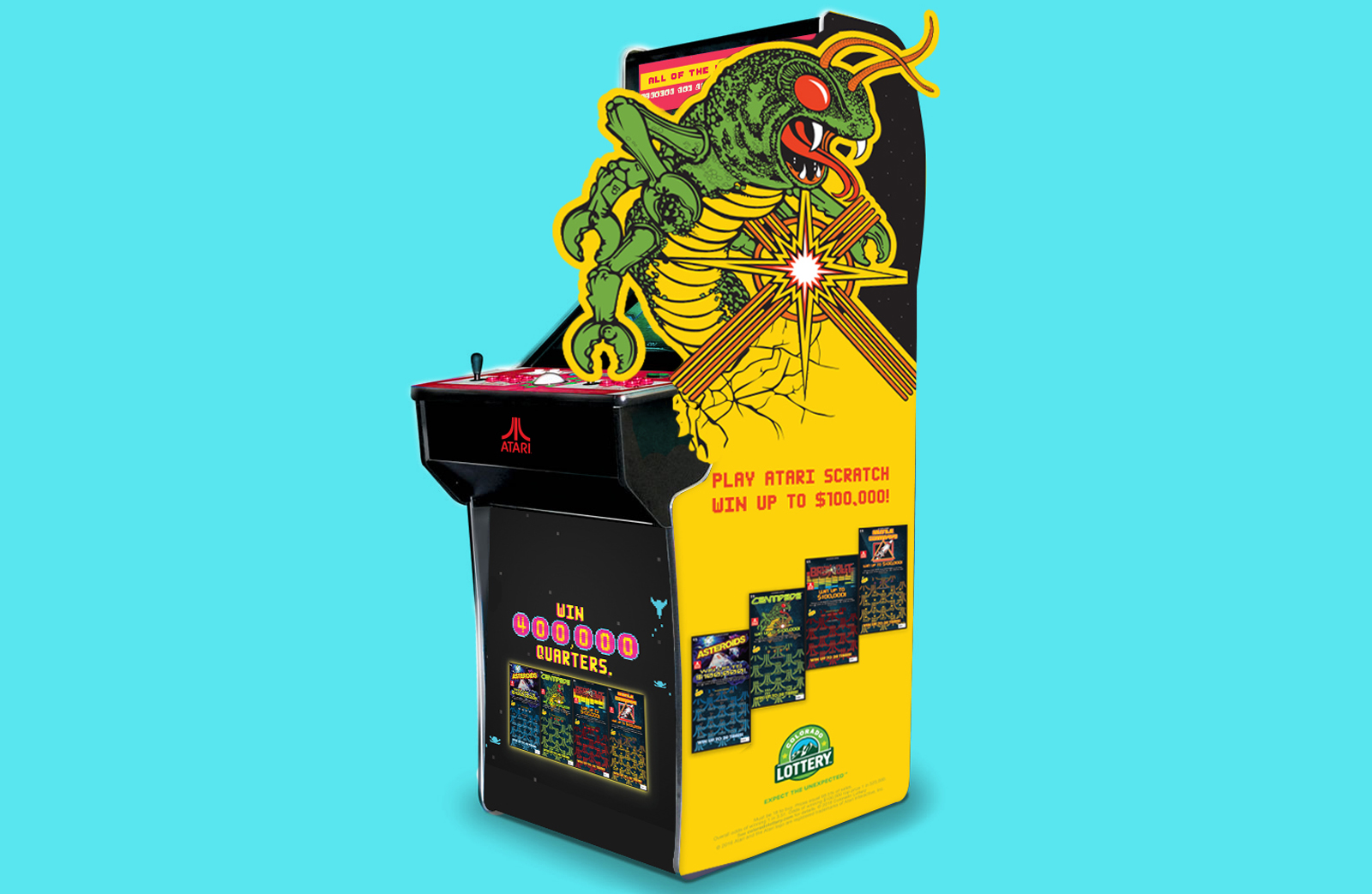 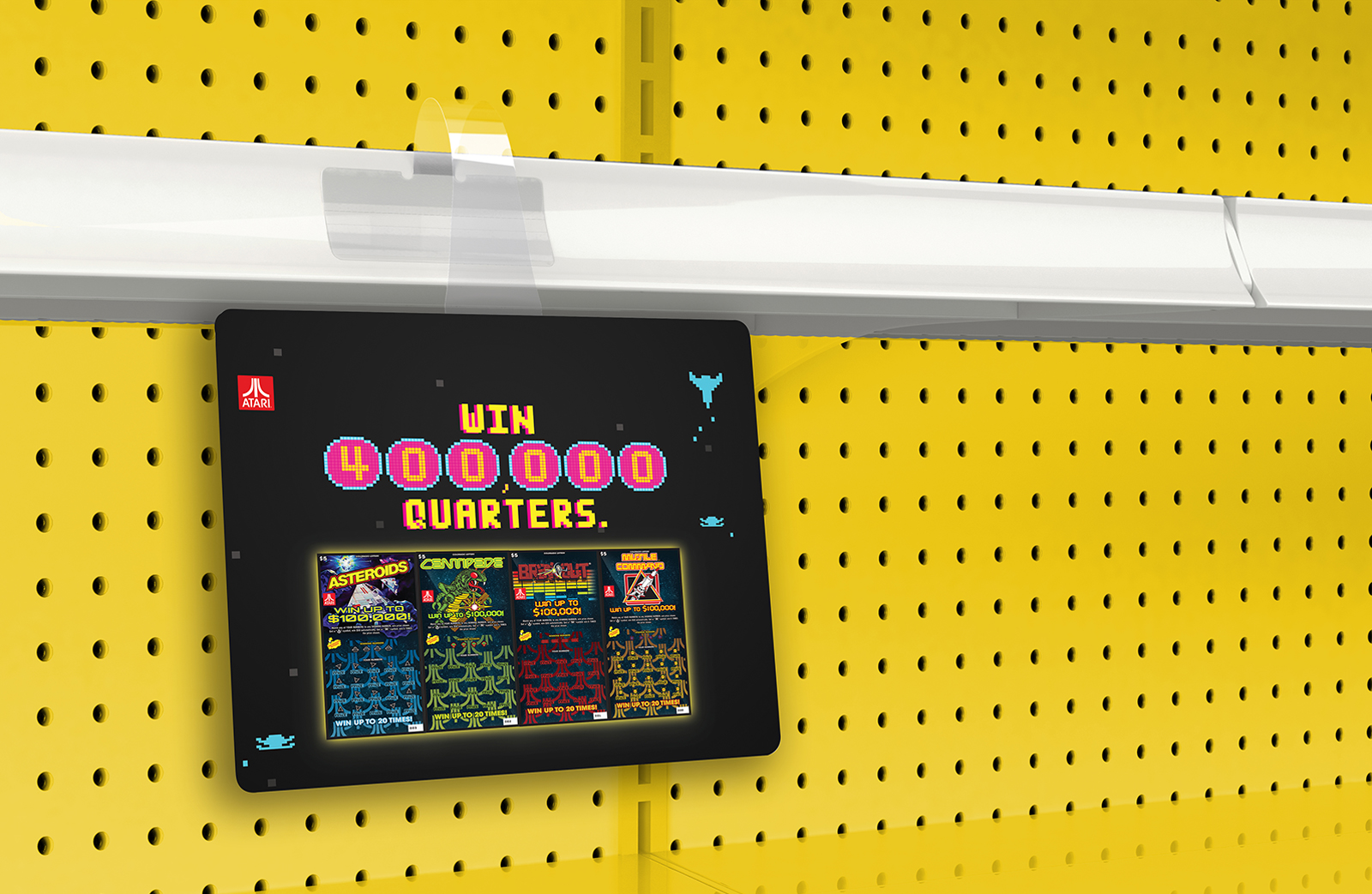